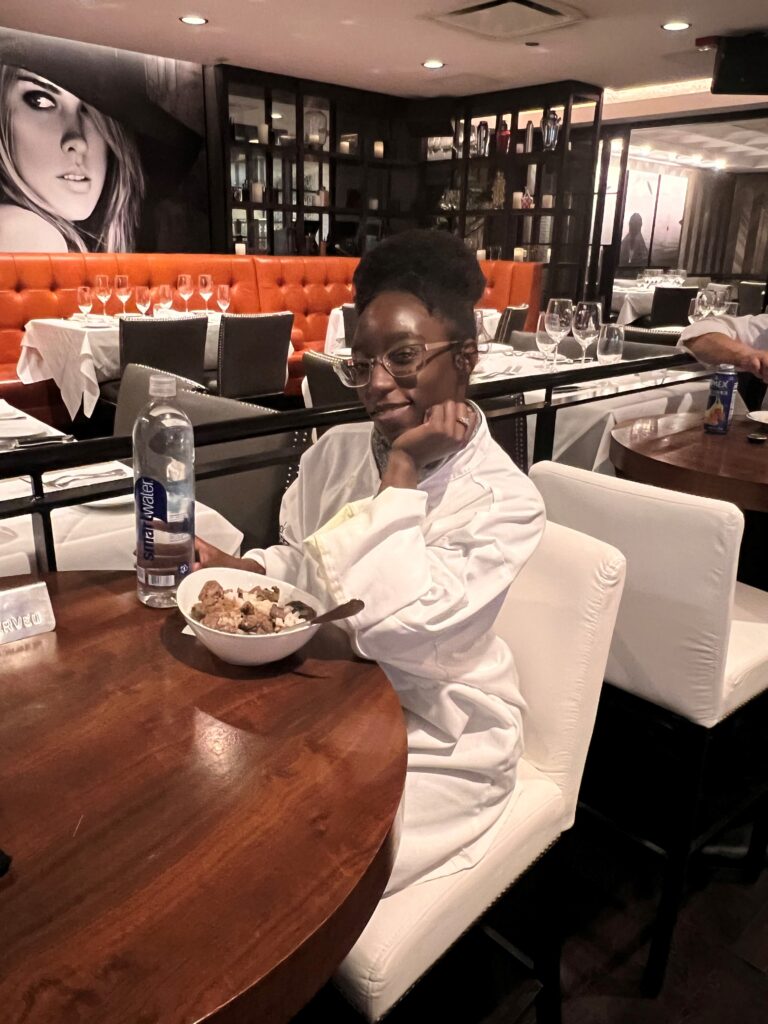 You’ve seen what we do on the field. Now, see what we’re doing for Steak 48!

Remember a few months back, when we announced Anixter and Special Olympics Illinois created a strategic employment initiative? We have an update! Because of our unique partnership, we are changing lives – and restaurants.

Meet Jana. Jana previously worked in food delivery, but then unlocked her recipe for success (in the kitchen)! Together with Special Olympics Illinois and Anixter, Jana landed a job at Steak 48 working in the prep kitchen. Jana’s favorite part about working at Steak 48 is learning culinary techniques.

“This experience has impacted me to push myself more, not just through cooking, but to speak up as well.” In the future, Jana hopes to climb the ladder and teach others the techniques she’s learned. She’s also looking for her future apartment to host her family and friends.

And Jana is having a big impact on the team at Steak 48. “When Jana is here, it brightens the day,” says Matt, Executive Chef at Steak 48. “She picks up stuff instantly and she’s just a hard worker.” Jana has even picked up a bit of Spanish while she’s worked in the kitchen, and she’s a favorite among her teammates!

Matt has been so impressed with Jana and her work that he hopes to onboard more Special Olympics Illinois athletes, because they’re game-changers. “I didn’t have any perceptions about hiring people with disabilities before, but I definitely see this being a great partnership.”

Thank you, Jana, Steak 48, and Special Olympics Illinois! Because of you, we’re creating communities where we all belong.